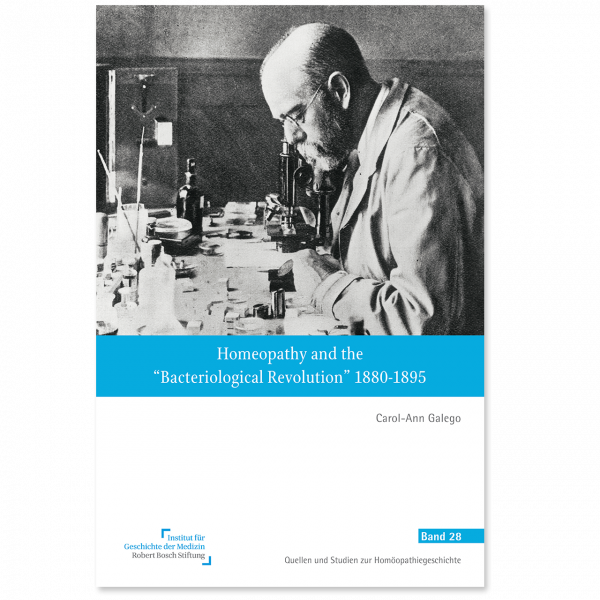 In her study, Carol-Ann Galego applies Michel Foucault’s genealogical method to modern medicine’s protracted war on pathogens. She excavates the early struggles that bacteriology generally, and in particular its articulation of germ theory, encountered before achieving widespread acceptance.
The focus of her analysis is the responses of homeopaths in Germany and England to developments in bacteriology between 1880 and 1895 – fifteen eventful years of the “bacteriological revolution” that overlap with the fifth cholera epidemic of the nineteenth century. During these formative years, the convergence of bacteriologists’ isolation and cultivation of microbes with medical efforts to quell the ravages of cholera gave rise to the now predominant understanding of infectious disease as an invasion of pathogens. At the time, however, such an antagonistic response to the threat of infectious disease was anything but unanimous. As Galego demonstrates, the nuanced understandings of disease etiology that homeopaths developed during these years, alongside their efforts to confront cholera, construct a different narrative, one that provides a fascinating counterhistory to the development of modern bacteriology and its alienating relations to microbial life.